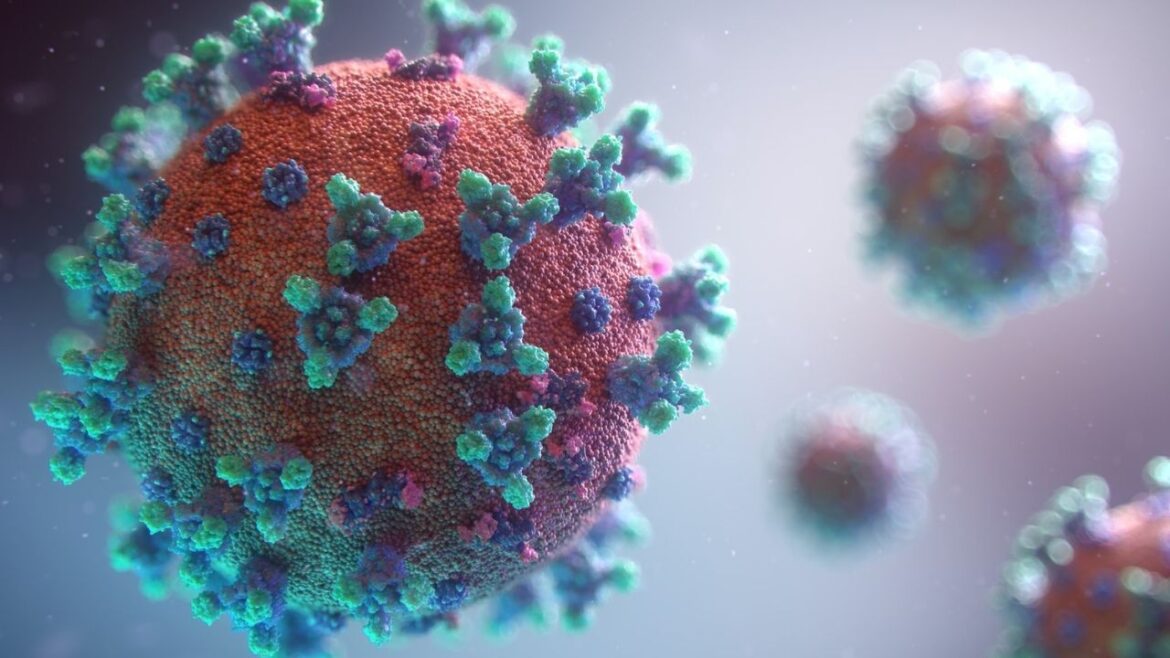 Mutation in coronavirus is the major problem that needs to be considered properly. 2020 is going to be a worst year in terms of health, economical and social preferences.

A recent report on coronavirus updates shows a mutation in the strains of SARS COV-2. This strain is not the same as emerged from china in December 2019. Detailed studies on mutation in coronavirus confirmed that the new strain is more contagious to humans as compared to the previous one.

The new strain is 614G strain. Studies on this strain show that viral loads are more in nose and throat as compared to previous strain. This strain is much more infectious to other people.

A professor of epidemiology, immunology, and microbiology at the University of North Carolina at Chapel Hill, Ralph Baric said “that kind of makes sense”.

The major change is in the structure of the virus. The strain changes the spikes of its protein structure. The protein spike is the outer shell region which has the function to bind with the receptors.

This change in protein structure makes it more infectious to humans. It has the capacity to pass from cells to cells inside the human body and multiply itself at a rapid rate.

Experiment by Baric and his team:

To check the dominant spread of this spread across the world Baric’s performed different experiments. This strain had first emerged in Europe in February. And then dominate across the world.

Baric says this virus originally comes from bats and then found the human population as their new hosts. It has the capacity to infect more than 7 billion on this planet.

This all is due to a mutation in the coronavirus strain. Many people on this planet have no immune defenses against it. So they are more prone to infection.

The rapid multiplication rate of this virus shows that it has a genetic advantage as compared to the previous one. So it can pass on to generations more quickly and easily.

His new study is published in the journal Science. This study was led by Baric keeping in mind the earlier research by a team of scientists led by Bette Korber at Los Alamos National Laboratory in New Mexico.

He and his team notice the widespread of this new strain and questioned the survival of this virus.

In the new experiments, scientists come to know that animals infected with this new strain 614G passed it more quickly to healthy animals.

To check the authenticity of this experiment, researchers at the University of Wisconsin in Madison infected 16 Hamsters with the SARS Cov-2 virus.

The result of this experiment was very surprising. Eight hamsters infected with 614G strain. While the other eight were infected with the original strain that emerged from China.

After this, each infected hamster was coupled with a healthy hamster. This hamster was isolated by a partition in a cage.

By doing this, animals can not touch each other but breathe in the same air.

Next day 5 healthy hamsters infected by sharing the same air. And the strain diagnosed was 614G.

It means that mutation results in the quick spread of the virus.
This change surprised Baric and his team that it will affect future therapies. Future therapies include vaccination.

These vaccinations and all other treatments have been diagnosed to counter the original strain that emerged from China.

For the betterment of treatment they examine the antibodies from the people who survived SARS Cov-2 from both old and new strain.

The working of both these antibodies shows no significant differences in neutralization of virus. That was great news.

With time virus maintains survival capabilities which are due to a mutation in the coronavirus strain.

Baric and his team also examine the passive immunity developed by the antibodies. They also seemed to work well, too.

“The vaccines, which are all based on the original Chinese strain, make a good immune response that protects against this strain, so that’s good news,” he says.
While current treatments and prevention efforts don’t seem to be affected much by this change to the virus.

The mutation does raise questions about how fast new strains are emerging. And whether or not one of those might cause a problem in the future, Baric says.
It all suggests that coronaviruses are extremely stable.

They work as a group and that why multiply at a rapid rate. Due to this rapid rate of multiplication, this new strain was very interesting for scientists during research.

Development of this study:

During all this experimentation baric and his team observe a development. The emergence of new strain found on mink farms in Denmark and the Netherlands. Which infects human beings.

All their works have confirmed that at least one of the strains among the so-called cluster 5-virus evolved.

This evolution brings changes in spike proteins that help it escape the vaccine.
Baric says the research needs to be verified, but early work suggests that the virus appears to have changed to help it infect minks more efficiently, while also keeping its ability to infect humans.

When a virus evolves in a way that allows it to circulate in an animal species, “it becomes more difficult to eradicate that virus,” he says.

If the virus continues to be passed in minks, if we vaccinated everyone in Denmark, but left the minks, the virus would hang out until there were enough new, susceptible hosts — typically young children — and then jump back into humans.
For that reason, he says mink farms may need to take further steps, like vaccinating their animals, or, in the worst case, killing their minks, to control the spread.

Lahore and Faisalabad topped in world’s most polluted Cities

How Pakistan floods are linked to climate change

Huge recovery for butterfly once extinct in the...